Our last day in London got off to a slow start, but it was a wonderful day nonetheless! After six days of walking and walking, we were both pretty tired, so we planned a few last sights to see–including a Thames river cruise where we could (thankfully) sit down!

Our first stop did involve some walking, however. We started our Friday at the British Museum. The Museum is huge, but it’s even more overwhelming when you walk inside. There are 8 million items in its permanent collection. That’s insane! 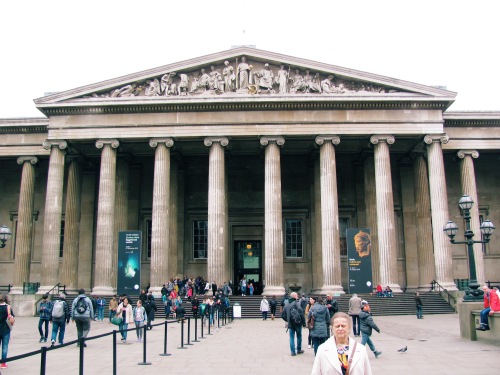 After you walk in the main entrance, you enter the Great Court, which is beautiful and makes for great pictures. It serves almost as a foyer. Each of the galleries branches off from the Great Court.

The Museum is organized by history and geography, so you can see everything from Egyptian Mummies to Roman coins and Babylonian artwork. We managed to see a little of everything during our relatively short visit. 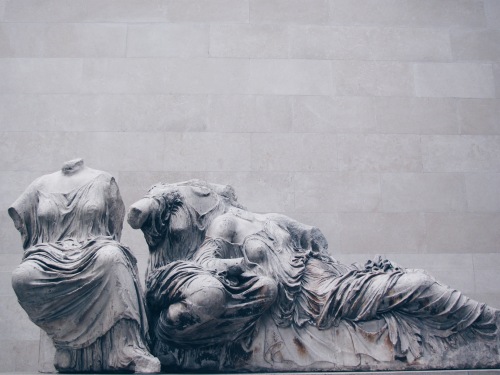 Greek Statues from the Parthenon 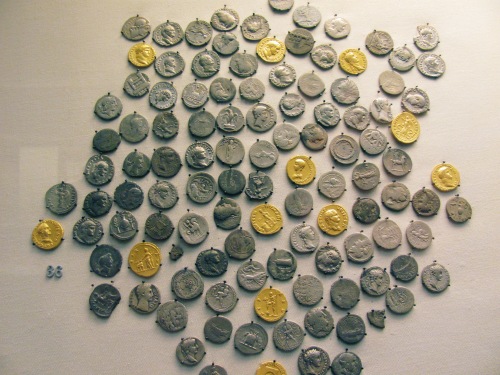 After spending a few hours at the British Museum, we realized that we could stay forever and still not see half of what the Museum has to offer. Our game plan going in was to try and see the biggest items–the Rosetta Stone, some mummies, and the Easter Island carvings, to name a few. Once we saw those and ate a quick bite of lunch, we hopped on the Tube and went to our next destination: St. Paul’s Cathedral.

St. Paul’s was designed by Christopher Wren in the late 1600s. It is built on the highest point of City of London and is dedicated to Paul the Apostle. There has been a church on that ground since 604 AD.

The cathedral is beautiful and enormous–it’s so big that these pictures don’t even begin to do it justice. 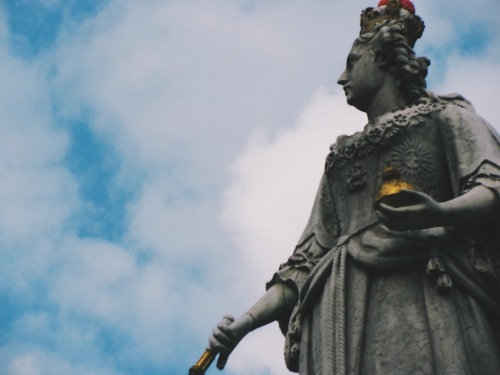 Because we were so tired after a week of walking, we decided not to go inside and climb up the steps to the top of the dome. We’ll do that next time we’re in London. 🙂

Our final stop for the day, and for the trip, was a cruise on the Thames. Our boat departed from the Tower and docked at Westminster. It was a great farewell to the city, and we got to see all of the great bridges and sights along the river. I actually took a river cruise on the last day of my previous visit to London, so it was a really nice way to round out our trip.

At the end of the cruise, we finished right where we began our introduction to London: Big Ben and the Houses of Parliament. It was sad to say goodbye, but we had such a wonderful trip and we made amazing memories.

As Samuel Johnson famously wrote, “Why, Sir, you find no man, at all intellectual, who is willing to leave London. No, Sir, when a man is tired of London, he is tired of life.” I think we were both tired of walking, tired of living out of a suitcase, and tired of damp shoes, but I can honestly say we didn’t get tired of London. It’s possibly my favorite city, and I highly recommend you visit should you ever get the chance.

Even though this was our last day in London, this won’t be my last post! I’m planning on a “London Wrap-Up” to share with you what worked, what didn’t, and other details like where we stayed and how we planned our trip! Check back for that last post and follow along as I get back to posting book reviews.